Erik Runnels was the writer for 2002 He-Man and the Masters of the Universe animated series by Mike Young Productions. He penned the episode "Mekaneck's Lament", which was his first big break into writing. Read the interview and learn about what parts didn't make it into final episode! 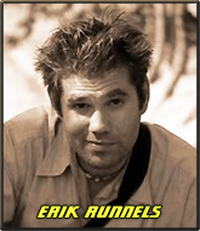 How did you hear about the show?

Well, obviously, I had grow up on the original He-Man: Masters of the Universe cartoon in the mid '80's, so I had known about it for years. My favorite toy is definitely the Orko action figure that came with a bag of tricks. I loved that little guy as a kid.

​But the revival of the show (the He-Man iteration that I wrote for) ... I heard about through my sister. The primary means of hearing about new projects such as the He-Man revival were through word-of-mouth (from contacts in the industry), through your agent, or through local trade magazines and news outlets such as Variety.  I can't even remember if Google or wireless internet was around yet. 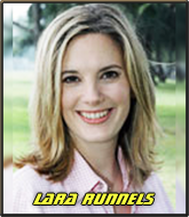 ​Who hired you to write for the cartoon?

My sister, Lara Runnels, already a established screenwriter by this time, with numerous credits to her name, was approached by Dean Stefan (the revival's showrunner) to write an episode. Her schedule was, however, full at the time, so - aware that I was trying to break into writing - she recommended me in lieu of her.
So, really, Dean Stefan gave me my big break into screenwriting via "Mekaneck's Lament". As a side note, I still have my check stub and engagement letter from this job as it really was my first break.

I also have a genetics degree and an English degree. Honestly, I always loved writing.
​It was and remains my biggest passion, but - growing up in the Midwest of the U.S. - it never seemed like a viable occupation ... until I moved to L.A. for law school and my sister, Lara Runnels, started making a living at it.

However, I had worked in and around "Hollywood" for a few years before making this sale. The first of those jobs was as a story editor on a Sony produced cartoon based on the Jumanji movie. There was another show called Geekr that was out around the same time that I also briefly worked for. Later, while at 20th Century Fox, I worked on a few animated films, prior to their dissolution of their animation wing. 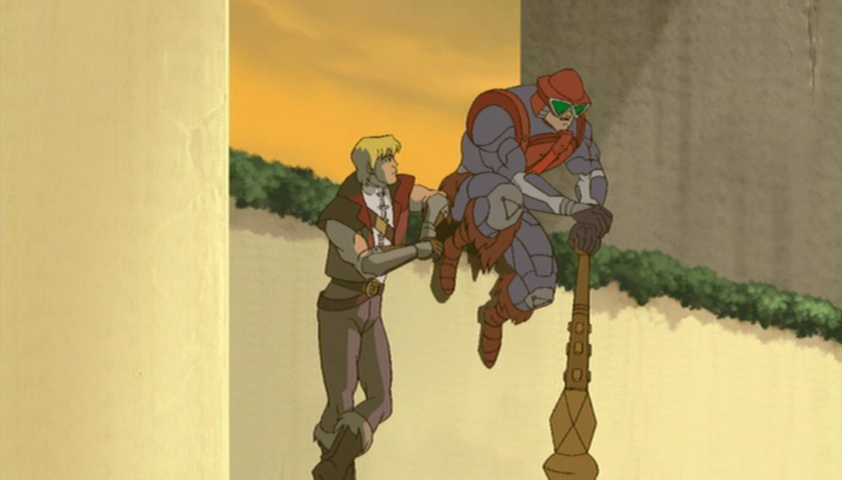 ​​Could you tell about where the story idea for "Mekaneck's Lament" came from? 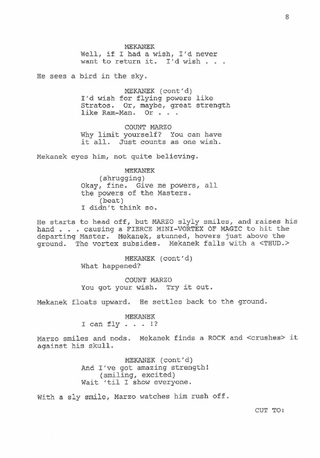 Originally in the story Mekaneck DOES receive powers from Marzo. They were cut due to timing.
​​Basically, the show was being underwritten by Mattel toys. Obviously, their goal was to produce stellar animation backed by excellent stories, but - if a side effect of the good storytelling was the sale of additional toys, they'd be plenty happy with that side effect.

Anyway, toward that end, Mattel looked at their catalog of characters, with an eye toward how they might market each one. When they came to Meckanek, they were baffled. "Here's a guy," they thought, "who's primary 'power' seems to be an ability to raise and lower his neck. How are we going to get consumers to buy into that?!?!"

Thus, the directive went out to pen a story that showcased Mekaneck and just why this "power" was something kids should be excited about. Long story short, Dean - upon hiring me for the show - gave me that direction: make Mekaneck's power exciting.

Thereafter, I literally simply sat down and thought: how could a raise-able neck be valuable. From there, I posited that he couldn't simply raise the neck, he could also lengthen and move it about laterally, diagonally, and in any direction he wished. I then thought of 4 or 5 ways this might be useful ... and then wrapped a story around events that showcased these skills. I do also remember that I had been asked to introduce Count Marzo. I was told what his skills and powers were, so I obviously incorporated him into the tale. 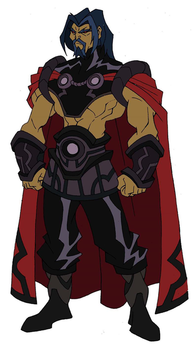 Do you know who came up with idea to pair Count Marzo with Mekaneck?​

​The choice to pair Count Marzo and Mekaneck wouldn't have been so much a choice as a need. Mattel would have probably come up with Marzo and directed Dean to incorporate him into a story. Dean, in mapping out the season, would simply have looked to insert Marzo in any story where he didn't already have an ulterior motive.

They probably would have given basic parameters to Dean, who would have flushed out a few details, but almost everything else would have come from Mattel itself.
​
For instance, if Dean had already been told to introduce a new vehicle in another story or to tell a morality tale about Christmas, or whatever, he wouldn't have room for Marzo. In other words, there was no conscious decision to pair Marzo and Mekaneck ... it was simply convenient schedule-wise. 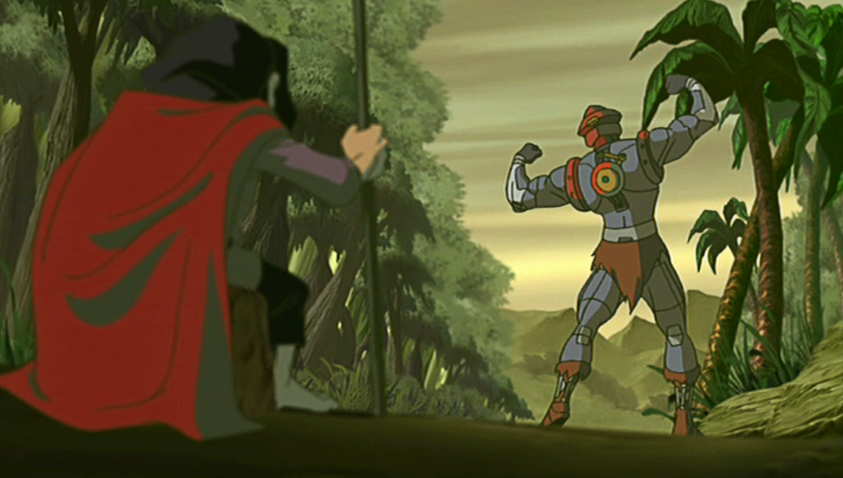 What do you remember about the script process?
​
There honestly weren't too many fun stories from this period. I literally had about 3 weeks to write the script (that was from the date I was first hired until the date the final draft was due). And I was simultaneously terrified and excited.

First off, I knew my sister, Lara, had her name on the screenplay too (even though she never wrote a word, the studio wanted to hear that an established writer was attached), so I wanted to make sure it was good enough not to sully her reputation. Secondly, it was my big break. So I was desperate to produce something amazing.

Long story short, I barely slept for 3 weeks. I pretty much worked and wrote 19-20 hours a day, rarely showered, and rarely ate. I just wrote and re-wrote and wrote and had friends review my work and then rewrote based on their comments and then tore it all up and started over again. It was a whirlwind of a 3 week period.

​I guess the best anecdote came after I received my check. It was my first check for a screenplay ever. I'd been living on Ramen noodles for 3 years prior to that sale, so when that check finally came, it felt like I'd won the lottery. For some reason, I went out and purchased a $4000 armoir/entertainment-center almost immediately. I still have that sucker, which is basically obsolete at this point, given the proliferation of flat screen/LCD TVs. Still, I doubt I'll ever get rid of it, as it represents my first and greatest break. 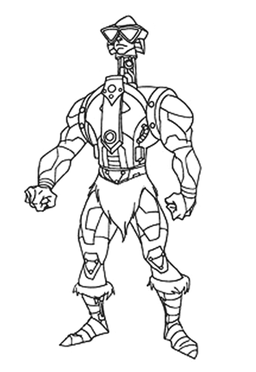 No limits on the powers?

In my mind, he could extend it to any length or twist it into any shape.
And the head writers must have agreed because they literally animated my script word for word. I'd say 95% of my script made it into the final story that showed up on screen.

One thing I see is that Count Marzo's Amulet had a name in your script but it was not mentioned in the episode. What can you tell us about it?

I came up with that. Ha! I'd forgotten about that. I wrote this only a few years after finishing a masters degree in genetics, so I was trying to work it into my writing career whenever possible. A basophil is a type of white blood cell and a fairly active component of your immune system.

I'm sure at the time I wrote it, I thought it was a good metaphor for the amulet for some reason. I wouldn't be surprised if they didn't use that word in the final as showrunners will often change proper names such as that for a myriad of reasons.

The episode also introduced us to Captain Miro, Prince Adam's grand-father, sadly in his only episode appearance. How did he sneak in?

Miro was added by the production team after I had already turned the script in.
I found some notes (scribblings) I'd made myself years ago, about the teleplay in question. I think I explained the process of how one earns a job such as this; you pitch a number of ideas to the showrunner and then you make a beat sheet. Well, after the beat sheet, you get the green light. 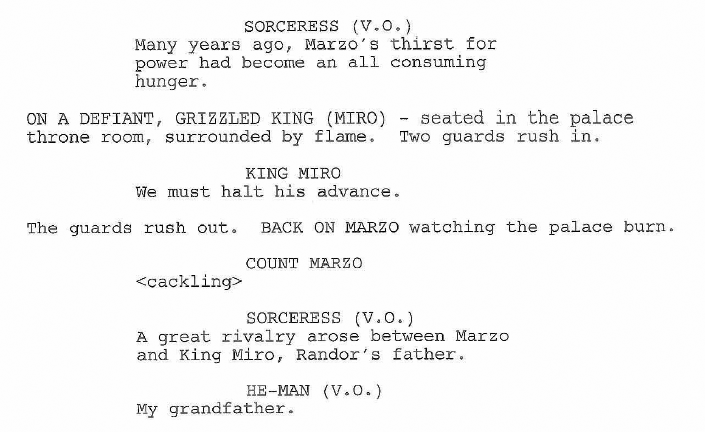 I've always done a fair amount of brainstorming by hand, so I just have - in the margin of an early flushed out beat sheet, several names. And Miro is circled.
My scribbles off to the side (in the margin) could have been me trying to remember his actual name, because they are all very similar (i.e. Mari, Muri, Miro) ... just 4 or 5 of them right down the margin.

I suppose they could have asked me to add him in and I didn't feel like writing back to the showrunner to ask him again, so I simply was trying to jog my memory from something they had already told me.
The only thing I do know for sure, is that it must have been an afterthought, because I literally can not remember how that character was added in, yet I have a fairly clear memory of the whole script writing process for that one. 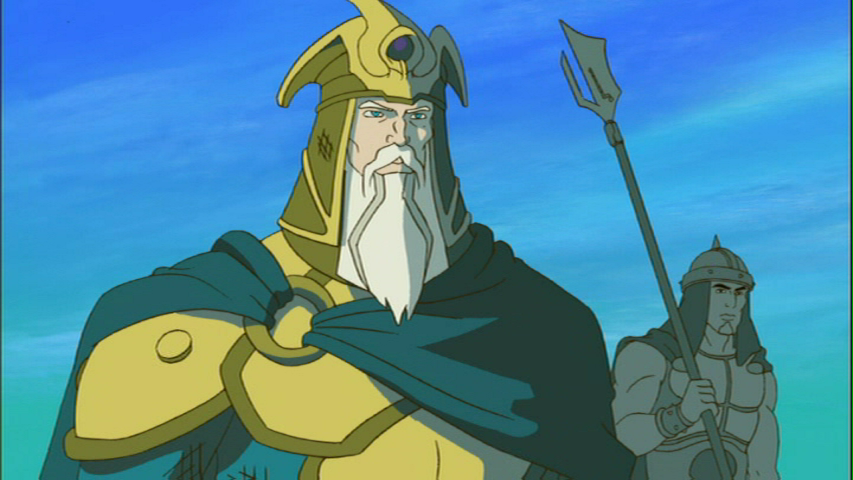 Were there plans for you to write more episodes after finishing this one?

They don't usually work that way. They really book up the entire season before it even starts. So there wouldn't have been any other scripts available. I always like going back to canon and explaining away weaknesses or holes, where there is a show like He-Man with a rich history. Thus, I'd have probably liked to have gone back and looked on fan sites, find out what the fans are most curious about, and solve that problem (or fill in that hole).
Did you see the finished episode on TV? If so, what did you think of it?

I did. Plus, they sent me the DVD of the whole series and a VCR tape of my ep (and actually, a bunch of first run toys that I think changed by the time they went to production). I liked it a lot.
What project as a writer have you enjoyed the most during your career?

It was probably one I didn't sell. It was at the beginning of my career. The script was purchased, but never made into a movie. It was a historical fiction piece about Elizabeth Bathory ... who was the real world great grand niece of Vlad the Impaler (i.e. Dracula) and who was also the most prolific female serial killer ever. She even had a dwarfish, witch sidekick. She killed hundreds of female virgins and bathed in their blood. The protagonist was the fictional part ... Bathory was the villain in the background and the heroine was a princess living in her castle (she was a baroness); the hero was a local Hungarian peasant lad. Anyway, I lived in San Fran for like 5 months, unloading lobster boats, when I wrote that thing. It was just a fun, romantic, period and was one of the first scripts I ever sold.

Thank you Mr. Runnels for these insightive answers!